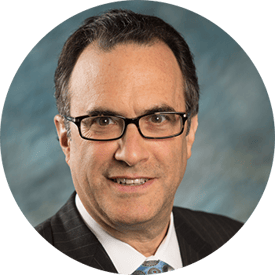 Previously, Mr. Lazovick served as the SVP of Business Development and Chief Sales Officer at the Mid-Atlantic Federal Credit Union (MAFCU). Mr. Lazovick first joined MAFCU, a credit union with over $250 million in assets, in 2007.

Lazovick is a member of the Mortgage Banker Association of Metropolitan Washington. He served on the Association’s Board of Governors from 2002 to 2004. He also served three terms as Chairman of the group’s Fall Conference Committee, from 2002-2004. He currently serves on the Board of Directors for, Integrated Living Opportunities (ILO). Previously Lazovick served on the Boards of CSAAC (Community Services for Autistic Adults and Children), Arts on The Block, The Menare Foundation and CAFÉ Montgomery County (Coalition for the Advancement of Financial Education). Glen also was active on the Community Service/Philanthropy Involvement Committee of Leadership Montgomery and was Chairman of the Membership Committee for the Rockville Chamber of Commerce.  Glen is a Graduate of Leadership Montgomery, class of 2011.

Prior to his work at MAFCU, Lazovick was a mortgage banker with Bankers Home Mortgage Group from 2005 to 2007 where he was responsible for originating residential mortgage loans, assisting in recruiting loan officers, and developing and implementing marketing campaigns.

Lazovick was also a Vice President with The New York Mortgage Company, where he worked from 1997 to 2005. He was responsible for retail production and operations in Montgomery County, Frederick County and Northern Virginia among other duties.

Before entering the mortgage industry, Lazovick worked in operations, service and marketing for Grumman Systems Support Corporation in Maryland, as well as for NEC Information Systems and Tektronix, both in New Jersey.

Originally studying to become an electrical engineer through coursework at community colleges, Lazovick later studied liberal arts at Rutgers University, as well as accounting and marketing at Wharton. Lazovick and his wife, Debbie, live in Rockville, Maryland.

Don't Overpay for Your Mortgage

All of my customers are enrolled in Mortgages Under Management, a complimentary program that brings together our experienced staff and reporting tools to make sure you have the best terms on your mortgage. My comprehensive approach begins at the planning stages of your home financing and continues throughout the entire life of your loan.

Out of the gate, I'll structure your new mortgage to complement your financial plan, getting you the perfect mortgage at a great rate. I'll consider your financial goals, cash flow, retirement budget, and more - helping you understand each factor

Interest rates change daily. With our Auto-Lock service, I'll help you target a competitive rate and lock it in when it becomes available. Then, I'll work with you to plan for the future by establishing a preset rate target at which a refinance can save you money.

After your loan closes, my work doesn't end. I'll provide RateWatch Reports: quarterly mailings that compare your interest rate to the current mortgage market. You will be alerted when savings are available and always know where your mortgage stands.

Not a Customer Yet?

No problem. Enroll in my Mortgages Under Management program on the form at the bottom of this page. I'll "adopt your loan" by collecting the necessary information to actively manage your mortgage and alert you to its position in the marketplace.

What Our Customers Are Saying