What Does President Trump Mean for My Mortgage? 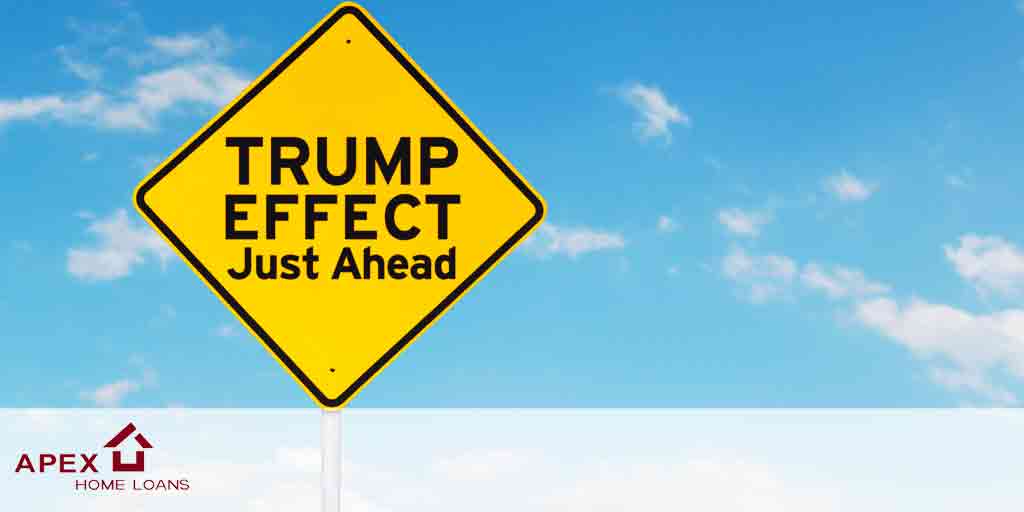 Inauguration day is upon us, and already the election of Donald Trump has set global financial markets aflame with speculation. Following the election, the Dow closed up 250 points, and bond prices progressively declined amidst a sell-off erasing over $1 trillion in bond value all over the world. But what does the fluctuation and speculation in the markets mean for mortgage rates and homeownership in general? Here’s what you should know.

Mortgage interest rates—which went on a tear and rose for nine straight weeks following Trump’s election – are now hovering around 4% due to bond value decline. Historically speaking, of course, 4% is still a very low rate: just six years ago, the annual average was 4.45%, and just five years prior to that, rates averaged 6.34%. Here are a few of the reasons rates have risen in direct response to Trump’s election:

So, what’s the takeaway as we make our way further into 2017? In short, rates are projected to continue rising at a slow, steady pace – but only time will tell. Uncertainty in the market and higher official rates from the Federal Reserve may indicate a gradual increase, but factors such as the amount of pressure the President puts on the Federal Reserve, or how deregulation efforts impact the mortgage industry could also be influencing factors.

If you’re in the market for a home—or refinancing your adjustable-rate mortgage to protect against an increase in rates—it could be a good time to lock in a rate.

Please be aware: by refinancing your existing mortgage, your total finance charges may be higher over the life of the loan.

Are You One of the 19.4 Million Homeowners Who Can Save on Your Mortgage?

A Guide to Reduce Your Remaining Mortgage Years with Smart Refinance